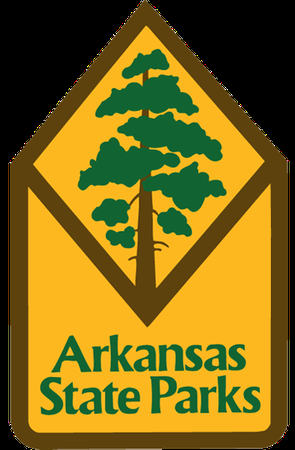 The Ozark Folk Center's Heritage Herb Garden is where people and plants connect. For decades, this symposium has celebrated the ethnobotany of regions around the globe, in Europe, the Middle East, Africa and the Americas. From here, the Herb Harvest Fall Festival begins an imaginary and sensuous adventure  across the Pacific to learn the origins of plant products and foods of Asia that are encountered in the Ozarks. This year we sojourn in the archipelago country, Japan.

Garden designer, Osamu Shimizu, native to Okayama, Japan and his wife, Holly Shimizu, First Curator of the National Herb Garden at the U.S. National Arboretum and Executive Director of the United States Botanic Garden, 2000 through 2014 are coming to increase our knowledge of Japan, its culture, gardens, and herbs. Susan Belsinger, author of the new cookbook, The Perfect Bite, will acquaint our taste buds with Japanese Fermentations. She and Osamu are teaming up to cook for you! Horticultural historian, Kathleen Connole will set the scene with a geological history of the islands and will continue the saga of the world's plant explorers. Invasive species exchanged between the continental U.S. and Japan will be cussed and discussed by gardeners Holly Shimizu and Tina Marie Wilcox. Machelle Christiansen, tea aficionado, will introduce us to Japanese teas. Lunches featuring Japanese cuisine are included in the registration fee. Pre-registration is required. Tickets for Thursday night's Lavish Herbal Feast are sold separately. https://ozarkfolkcenter.ticketleap.com/lavish-herbal-feast-2022--a-taste-of-japan/

Schedule of the Herb Harvest Fall Festival—A Taste of Japan

Susan Belsinger lives an herbal life—she teaches, lectures, and writes about herbs, gardening and cooking—is a food writer, editor and photographer who has authored and edited over 25 books and hundreds of articles. She is celebrating her just-published, new book, The Perfect Bite: Focus on Flavor.

Susan is a member of the International Herb Association, the Herb Society of America and was Honorary President of the HSA for the 2018 to 2020 term. Check out her video series Gathering and Preserving the Herbal Bounty for HSA’s online education:  https://www.herbsociety.org/portal-log-in-page/on-line-education.html

Susan delights in learning, whether it is about a person, place, plant, thing, or each new herb of the year: doing research, growing the specimens, botanizing, taking photos, creating recipes, sharing her findings and celebrating the plants.

Machelle Christiansen has been interested in herbs and teas ever since she can remember – when she learned that it actually meant something important that Mrs. Bunny gave Peter Rabbit chamomile tea for his tummy ache. With the example of her grandparents and their constantly steeping brown betty teapot of strong black tea, Western tea traditions have influenced her deeply. As she grew past the age of making “teas” in her Barbie swimming pool with whatever she found growing in the yard, she began to study herbs and alternative healing modalities in earnest. This has led her on a lifelong journey of learning folkways, exploring cultural traditions, studying with a wide variety of teachers, and personal exploration. Nowadays you can find her with a mug in hand helping out as an apprentice in the Village Apothecary at the Ozark Folk Center State Park and at home in her apothecary, tea, and fiber arts studio.

Kathleen Connole joined the Ozark Folk Center’s Heritage Herb Garden team in 2006. Before moving to Arkansas’ Buffalo River Country in 2005, Kathleen earned a degree in Plant Science from the University of Missouri-Columbia and worked at Powell Gardens and Farrand Farms in Kansas City, Missouri.

Kathleen researches the natural history of the Heritage Herb Garden’s diverse herbal collection. She composes interpretive signage for the Garden to tell the stories of these plants.

The Plant Explorers has been the topic of her Herb Harvest Fall Festival presentations, beginning in 2014 with the British Isles. The continuing theme of this event is connecting plants from all over the world to the Ozarks.

Kathleen served as chair and is an active member of the Herb Society of America Ozark Unit, headquartered at the Ozark Folk Center State Park. She currently is secretary for the International Herb Association Board. She was editor of the IHA’s Viola, Herb of the Year™ 2022, and is now the editor of Ginger, Herb of the Year™ 2023.

Holly H. Shimizu is a nationally recognized horticulturist, consultant, and educator. With a rich background in all aspects of horticulture, public gardens, extensive experience leading garden tours and workshops, herbs, and a proven commitment to plant conservation and sustainability, she has been making plants and gardens more accessible and exciting to both professionals and amateurs for over four decades.

Currently working as Horticulture Consultant with Arlington National Cemetery, providing programs and lectures on Healthful Gardening for People and the Environment, writing a regular column for local newspaper, leading the Environmental Committee for her town which she is growing to include surrounding towns and neighborhoods. Designed and helped implement a Pollinator Garden at the Home of Rachel Carson where she wrote Silent Spring. Holly teaches about tropical and medicinal plants in Costa Rica. Holly loves to serve as a mentor to young individuals interested in horticulture as a career.

Holly has collaborated with the following associations and groups:  Founding Partner (USBG) of Sustainable Sites Initiative (SITES) together with the Lady Bird Johnson Wildflower Society and the American Society of Landscape Architects; Consultant to the White House Gardens and Camp David Plant & Botanical Projects with Mrs. Laura Bush; Served multiple years for The American Association for the Advancement of Science as a Panel Reviewer for The Science and Technology Policy Fellowship Program; Panel Reviewer for International Agricultural Grants on a recurring cycle for the US Agency for International Development; Regular Reviewer of grant applications for the Institute of Museum and Library Sciences; Philadelphia Flower Show Judge; and International Flower Show Judge; Developed an ongoing Partnership with the Smithsonian Institution’s Department of Botany called Botanical Partners on the Mall; Extensive Exhibit, Garden, and Botanical partnerships including with the Chicago Botanic Garden, Missouri Botanical Garden, Longwood Gardens, Brooklyn Botanical Garden, and Smithsonian Gardens and led the Ozark Folk Center with the Heritage Herb Garden Master Plan.

Holly was the the host of The Victory Garden (gardening television show on PBS) for ten years; has presented hundreds of workshops, lectures and educational talks, for professional and amateur gardeners throughout America and in other countries.

She has published numerous articles, videos, & radio shows on a variety of horticultural topics in national and local publications including: The Earth is a Garden, contributor to a chapter with Ari Novy and Peter H. Raven, Living in the Anthropocene, Earth in the Age of Humans, Smithsonian Institution, 2017; Holly Shimizu’s Video Guide to Growing Herbs; A Botanic Garden for the Nation, Project Coordinator, published by the Government Printing Office, 2007 and has been a National Public Radio guest on numerous shows on sustainable gardening.

Together with her husband, Osamu, a garden designer who she met while working in Europe, Holly designs and maintains award-winning gardens at their home near the Potomac River in Glen Echo, MD, as well as around their 1730 house in Lewes, Delaware. They provide educational tours and workshops throughout the year at both of their gardens.

Osamu Shimizu was born in Okayama, Japan in 1947. He became interested in plants as a young boy when he taught himself the art of bonsai. He studied at the Koyo School of Landscape Design and was then employed for two years as a designer and manager for a large firm specializing in the design of parks in Japan. Following this experience Osamu was employed by Sakaue Meiwaen Landscape Company where he designed historic Japanese gardens and rock gardens along with supervising installation crews.

Because of his longing to travel and study gardens and plants, Osamu went to Europe where he worked in many world famous gardens including Kew, the Royal Botanic Garden near London, the Hillier Arboretum in Romsey in England, and the Arboretum Kalmthout in Belgium. He was also employed by some of Europe’s finest private gardens to draw master plans and assist in developing their garden designs. These projects included the gardens of Le Vicomte de Noailles in France, Kerdalo Garden of Prince Wolkonsky in Brittany, and Le Chevre d’Or garden of Mme. Champin of Biot in France, the garden of Comte Cavazza in Bologna Italy, and the garden of Comtessa Rucellai in Pescaia Italy. Other work experience in Europe includes a six month stay at Wisley, the Garden of the Royal Horticulture Society where he was employed to make a plan and a map of the existing rock garden.

In November of 1978 Osamu came to the United States and was married in Philadelphia. After extensive travels Osamu and Holly settled in the Washington, DC area and Osamu started Shimizu Landscape Design. His projects include both the design and installation of his gardens because he wants to carry through projects to his standards and with his unique designs.

His home garden has been on many garden and teaching tours including the Smithsonian,  the National Arboretum, Brookside gardens, North Carolina Arboretum, and numerous garden groups. It has been featured on The Victory Garden television show, the Washington Post, New York Times, National Geographic, and Horticulture magazines.

Tina Marie Wilcox has been the head gardener and herbalist at the Ozark Folk Center State Park’s Heritage Herb Garden in Mountain View, Arkansas since 1984. She cultivates the gardens, coordinates annual herb events and facilitates the production of herb seeds and plants for the park. She co-authored the reference book, the creative herbal home with Susan Belsinger. She is known, nationwide, as an entertaining and enlightening herbal educator.

Professional Memberships include the Herb Society of America and she was honored in 2017 with the Society’s Nancy Putnam Howard Award for Excellence in Horticulture. The International Herb Association is a professional business organization in which she currently serves as president.

Tina's philosophy is based upon experiencing the joy of the process, perpetrating no harm and understanding life through play with plants and people. 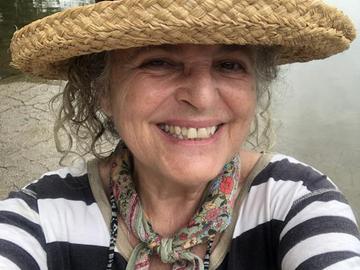